Even Solar Sails Need a Mast 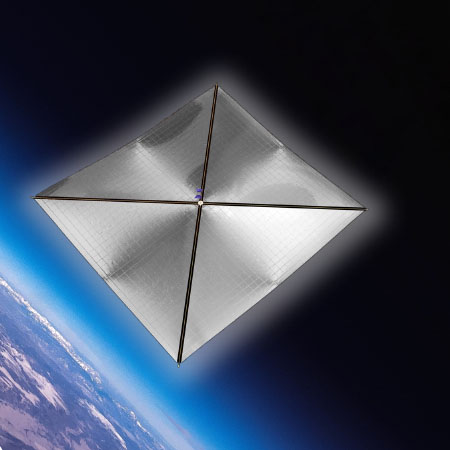 Like the explorers of centuries past who set sail for new lands, humans may someday sail across deep space to visit other stars. Only it won’t be wind pushing their sails, but the slight pressure of sunlight. Solar sails, as they’re called, hold great promise for providing propulsion in space without the need for heavy propellant. But building a solar sail will be hard; to make the most of sunlight’s tiny push, the sail must be as large as several football fields, yet weigh next to nothing. Creating a superlightweight material for the sail itself is tricky enough, but how do you build a “mast” for that sail that’s equally light and strong?

Enter SAILMAST, a program to build and test-fly a mast light enough for future solar sails. With support from NASA’s In- Space Propulsion Program to mature the technology and perform ground demonstrator tests, SAILMAST’s engineers were ready to produce a truss suitable for validation in space that’s 40 meters (about 130 feet) long, yet weighs only 1.4 kilograms (about 3 pounds)! In spite of its light weight, this truss is surprisingly rigid. “It’s a revelation when people come in and actually play with one of the demo versions—it’s like, whoa, this is really strong!” says Michael McEachen, principal investigator for SAILMAST at ATK Space Systems in Goleta, California.

SAILMAST will fly aboard NASA’s Space Technology 8 (ST8) mission. The mission is part of NASA’s New Millennium Program, which flight tests cutting-edge technologies so that they can be used reliably for future space exploration. While actually flying to nearby stars is probably decades away, solar sails may come in handy close to home. Engineers are eyeing this technology for “solar sentinels,” spacecraft that orbit the Sun to provide early warning of solar flares.

Once in space, ST8 will slowly deploy SAILMAST by uncoiling it. The truss consists of three very thin, 40-meter-long rods connected by short cross-members. The engineers used high strength graphite for these structural members so that they could make them very thin and light. The key question is how straight SAILMAST will be after it deploys in space. The smaller the curve of the mast the more load it can support. “That’s really why we need to fly it in space, to see how straight it is when it’s floating weightlessly,” McEachen says. It’s an important step toward building a sail for the space-mariners of the future.